Tanzania (United Republic of Tanzania) with around 56 million inhabitants was granted independence from the United Kingdom in 1964 and is a merger of the two territories Tanganyika with Zanzibar.

Savannahs and lava deserts spread out between Lake Victoria and the East African Rift Valley. Rocky peaks including Kilimanjaro (5,895 m) and Mt. Meru (4,566 m), as well as volcanic landscapes, rainforests and tropical beaches dominate the enchanting country. Hundreds of ethnic groups together make up a colorful, multi-ethnic state. There are over 120 ethnic groups in Tanzania, the larger of which are Swahili, Sukuma, Chagga and Gogo. The official language is Kiswahili and the lingua franca is English.

Visa
To enter Tanzania, a passport that is valid for at least 6 months and a tourist visa are required. The visa for German citizens can be applied for three to four weeks before departure at the Tanzanian embassy (approx. 50 EUR plus postage). Alternatively, the visa is also available when entering Tanzania (50 USD, to be paid in cash on site). We recommend this option; it is less complicated and cheaper. An exit tax of USD 30 is required for international flights from Zanzibar (payable locally in cash).

These visa and passport regulations are valid for the EU countries and Switzerland. Other citizens would like to inquire at the respective country consulate.

Vaccinations
No compulsory vaccinations, in particular no yellow fever vaccination, are required for direct entry from Germany / Switzerland, Austria to the mainland of Tanzania and Zanzibar. This also applies when entering a yellow fever endemic area in transit; as long as the airport is not left during the stopover and the stay is less than 12 hours.

However, you should be vaccinated against tetanus, hepatitis A, diphtheria and polio. Hepatitis B and typhoid vaccinations are recommended for long stays.

We recommend that you consult your family doctor in good time. Further information can be found on the website of the Federal Foreign Office.

Insurance
A travel health insurance (with rescue costs) is essential for your own safety and a prerequisite for booking our trips. In the event of an accident in the mountains or on safari that requires a helicopter, the helicopter will not take off until full coverage of the costs has been clarified.

We strongly recommend that you take out travel cancellation insurance. Flights at bargain prices in particular cannot usually be rebooked or cancelled free of charge. In Tanzania there could also be complications with the weather, your health, etc., which would force you to abandon your trip.

We asked ERGO Reiseversicherung to put together different service packages for you. You can book the right travel health insurance for you at https://www.reiseversicherung.de/vrv/partner/ep-Assistent.html?/data/agent/hagtnr=027256&/data/agent/nagtnr=000000.

Best travel time
For trekking tours: Due to the proximity of Kilimanjaro to the equator, this region is not exposed to the extremes of winter and summer weather, but rather to the dry and rainy seasons. The best time to climb Kilimanjaro is therefore the warmest and driest months. There are two different trekking seasons that are ideal for climbing Kilimanjaro and Mt. Meru; from Mid-December to February and from June to October. Mid –December to March is generally colder than July-October and there is a higher chance that there will be snow on the summit. However, you will meet far fewer trekkers than in July-October. March, April, May and November are the wettest months on Kilimanjaro and are not ideal for trekking. During the trekking tours, temperatures will be + 25 ° C during the day and between 10 ° C and -5 ° C at night. On the summit day, temperatures of down to -20 ° C and sometimes strong winds can be expected.

For safari trips: In general, Tanzania can be visited for safari tours 12 months a year. April-May and October-November represent the rainy season in Tanzania. The rainiest time is from April to May (raincoat is a must here). The second rainy (short-rain) season October-November has less rainfall. The rainy season can be a nice time to visit as the vegetation is at its most lush and green. Precipitation usually falls in short showers, interspersed with sun rays, which makes excellent photography possible. April-May is also the low season in Tanzania, when the national parks are usually less frequented.

To experience the annual climax of the great migration in the Serengeti, Tanzania should be visited between June-November. During this epic natural event, millions of wildebeest, zebras and antelopes migrate north to the Masai Mara in Kenya. However, if you want to avoid the large tourist flows that migration brings with it, it is a good idea to visit the Serengeti during the first dry season from January to March, when the wildebeest calving season is at its peak.

Country code
The country code for Tanzania is +255.

Money and Paying in Tanzania
You should have credit cards (VISA and Master) and cash in euros or dollars with you. In big cities like Arusha, Moshi, Zanzibar you can withdraw money with your credit card at numerous ATMs.

Most banks charge a minimum fee per charge and most ATMs allow a maximum of US $ 150 to be withdrawn at once. It is therefore advisable to bring enough cash with you and to change it into Tanzanian shillings.

During the trekking tours and safari tours in Serengeti there are hardly any ways to withdraw money. You should therefore take enough money with you in advance for tips and small errands.

Food
Traditional Tanzanian food is rich in meat (especially beef, chicken, and fish), rice, and vegetables. It’s a simple, hearty meal that is often accompanied by ugali, a cornmeal and water-based porridge that resembles a polenta and is eaten by hand.

Tanzanians love seafood, and Zanzibar is a culinary paradise for those who love freshly caught fish, shrimp, and the like.

You’ll also notice the Indian and British influences on Tanzanian cuisine, from flavourful curries, to old British staples like fish and chips that are popular with locals and visitors alike. In larger cities you will find steak houses, burger bars and restaurants that offer dishes from all over the world.

Vegetarians are also in good hands in Tanzania. With lots of vegetables, fresh fruits like mangoes, coconuts and pineapples in abundance. With Tanzanian food so rich in vegetables, legumes, and rice, you can easily find delicious vegetarian food.

During the trekking tours our chefs will pamper you with various local and international dishes. 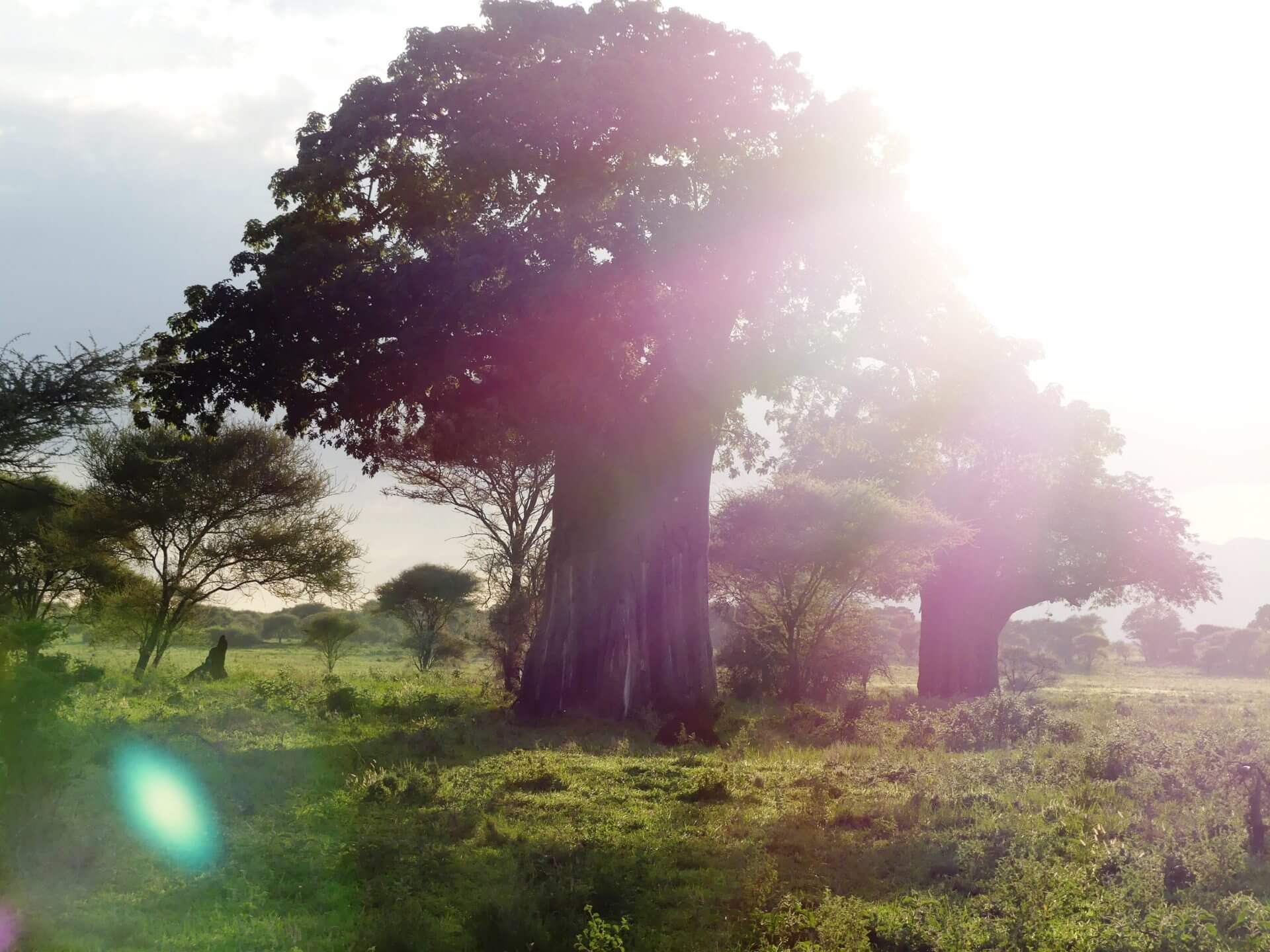 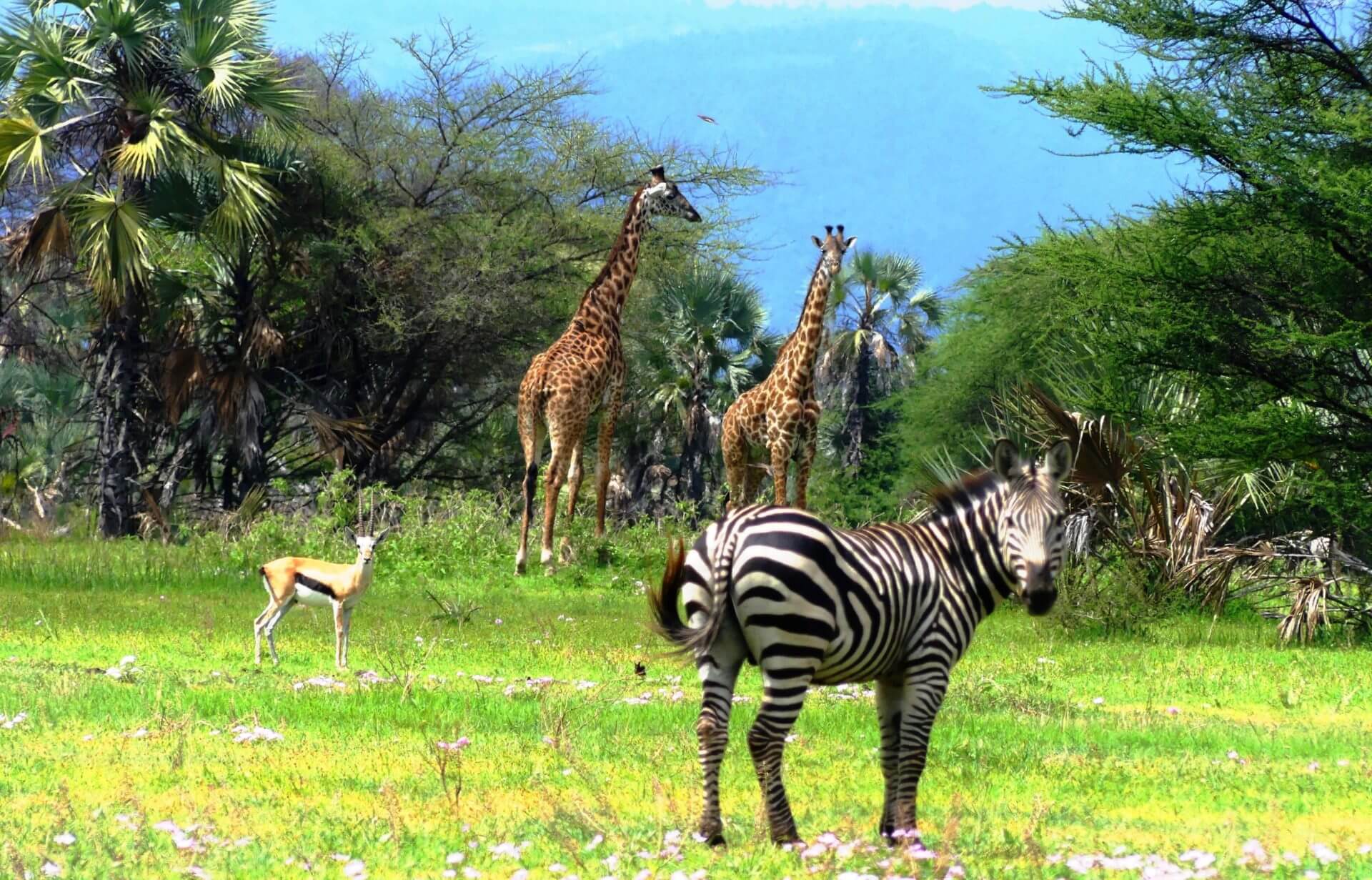 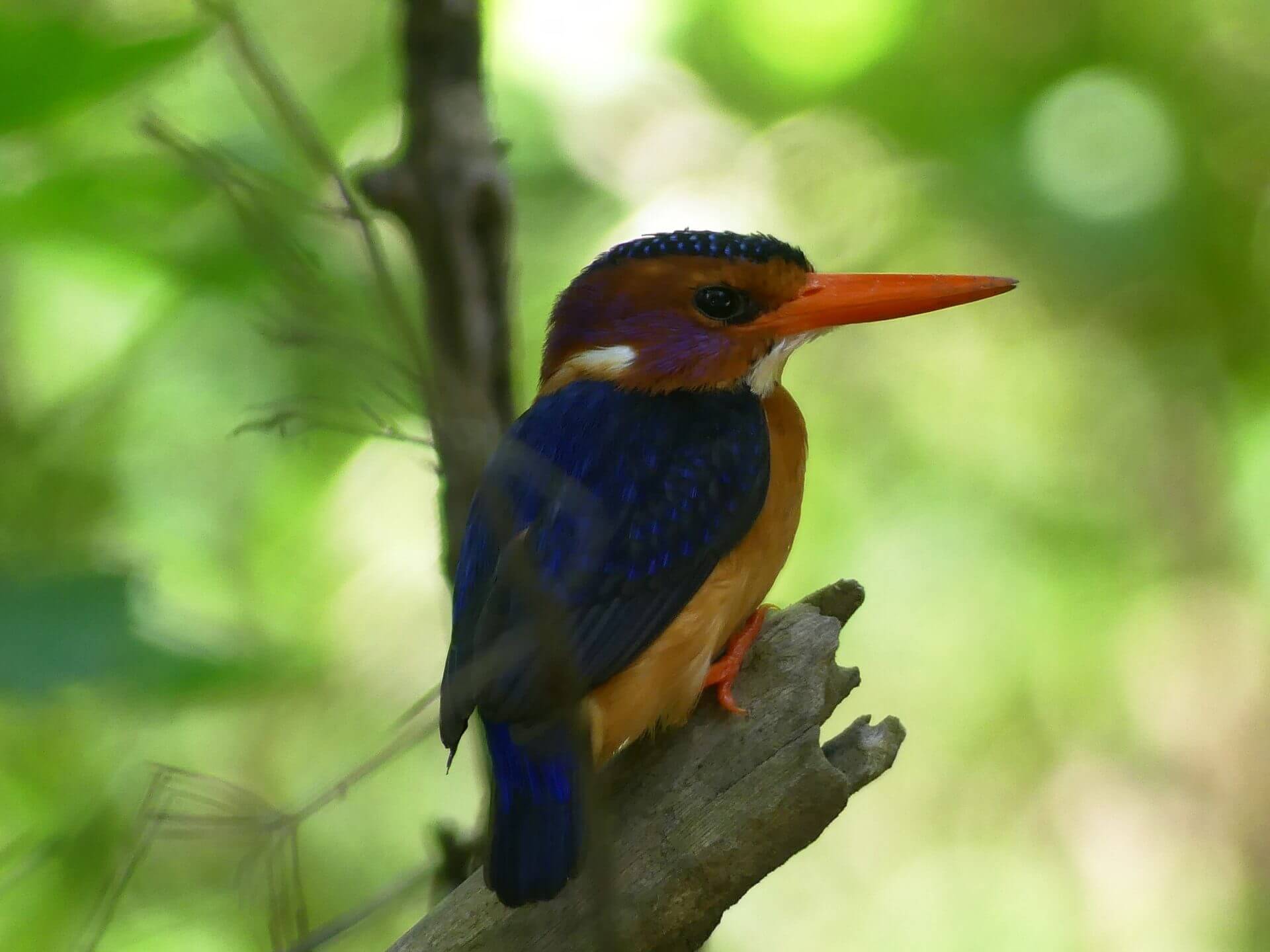 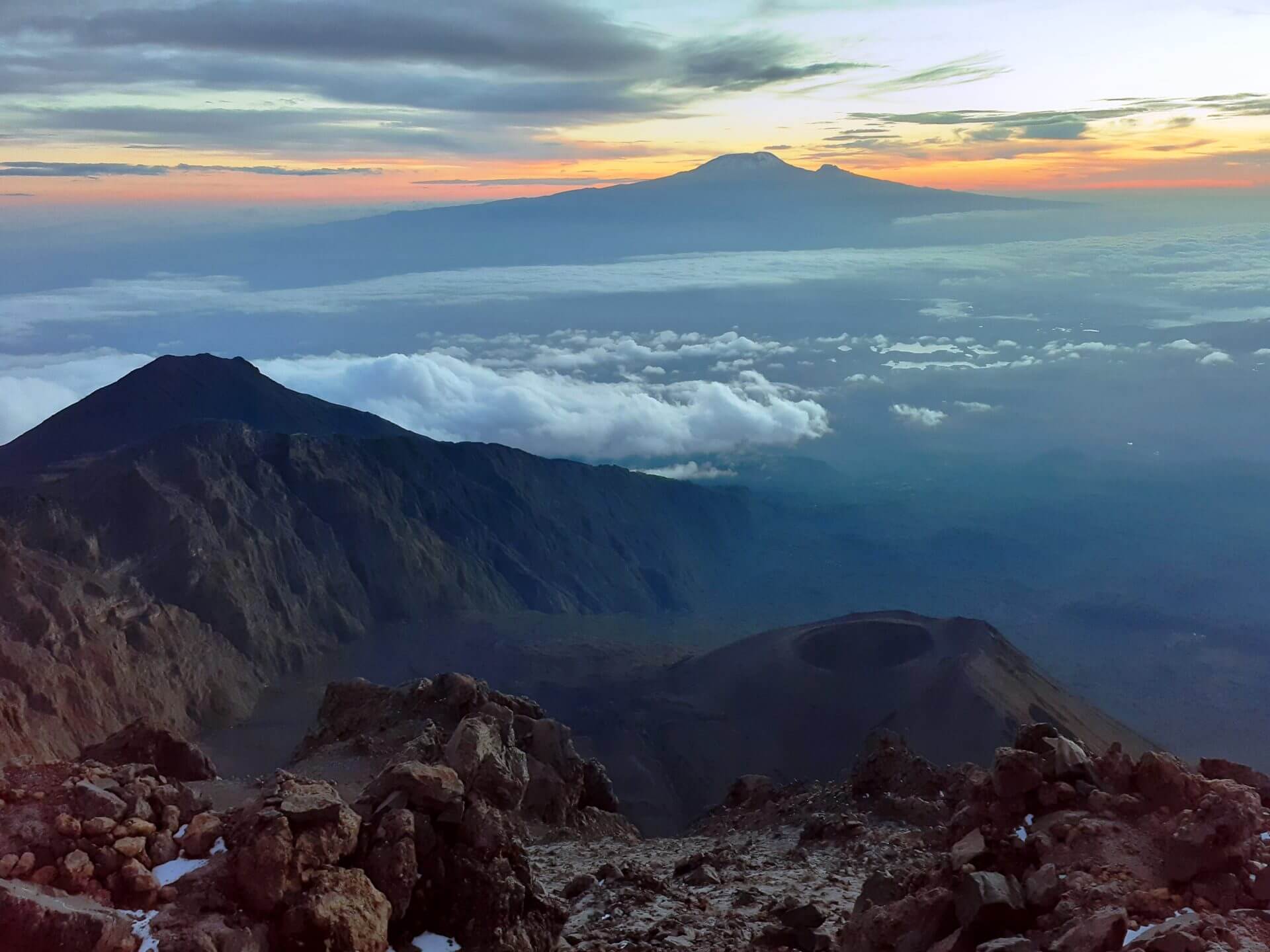 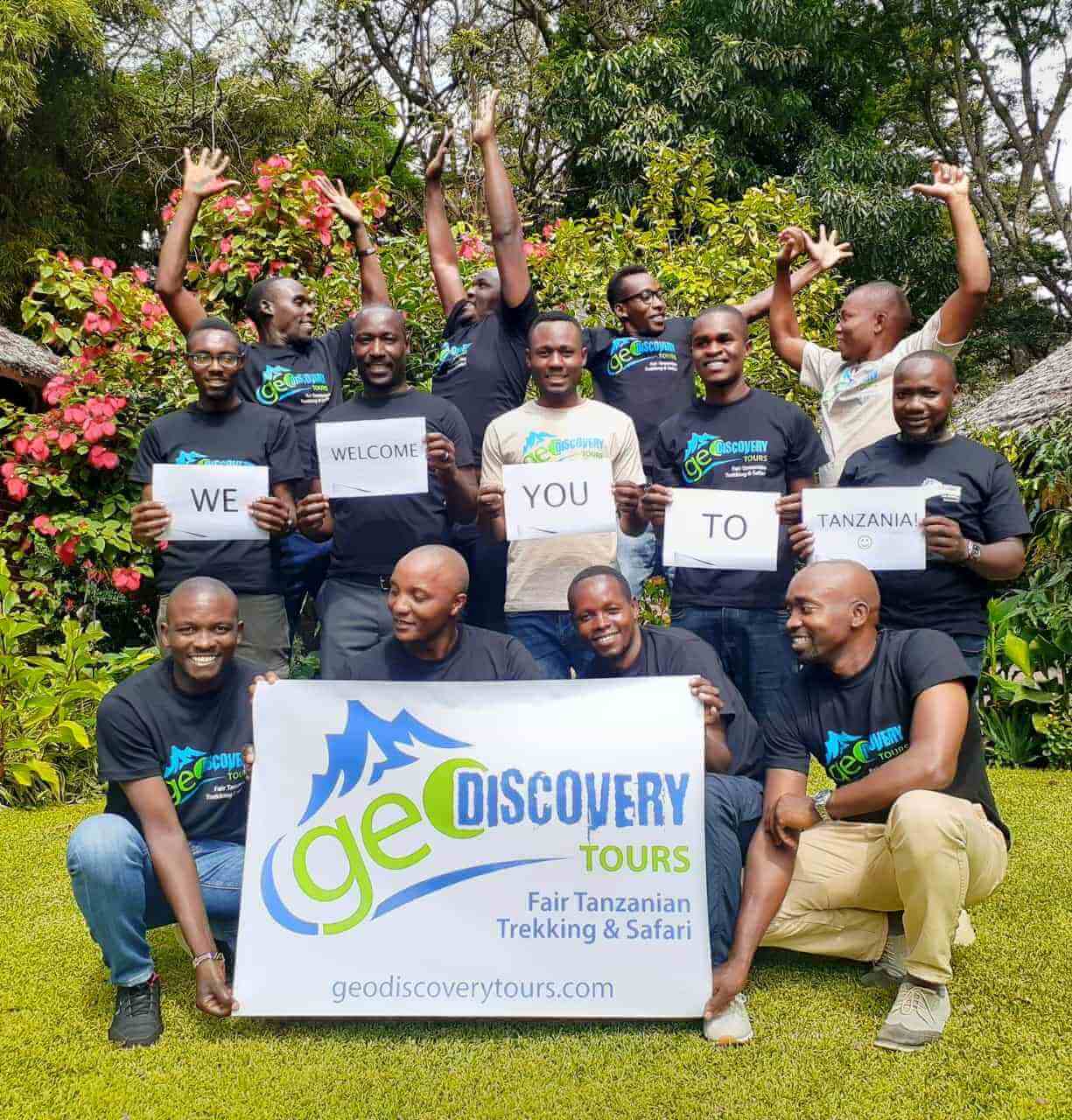 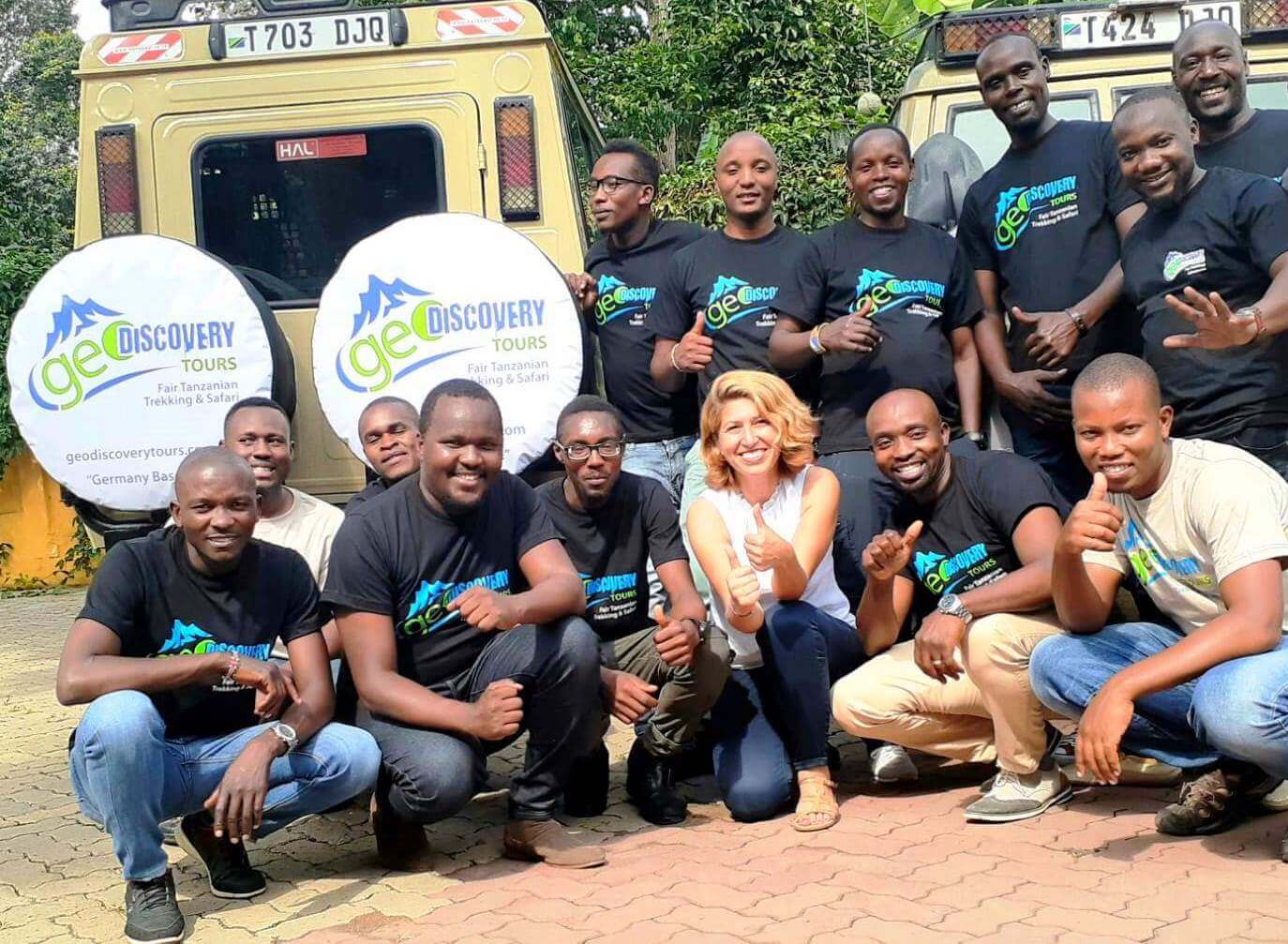 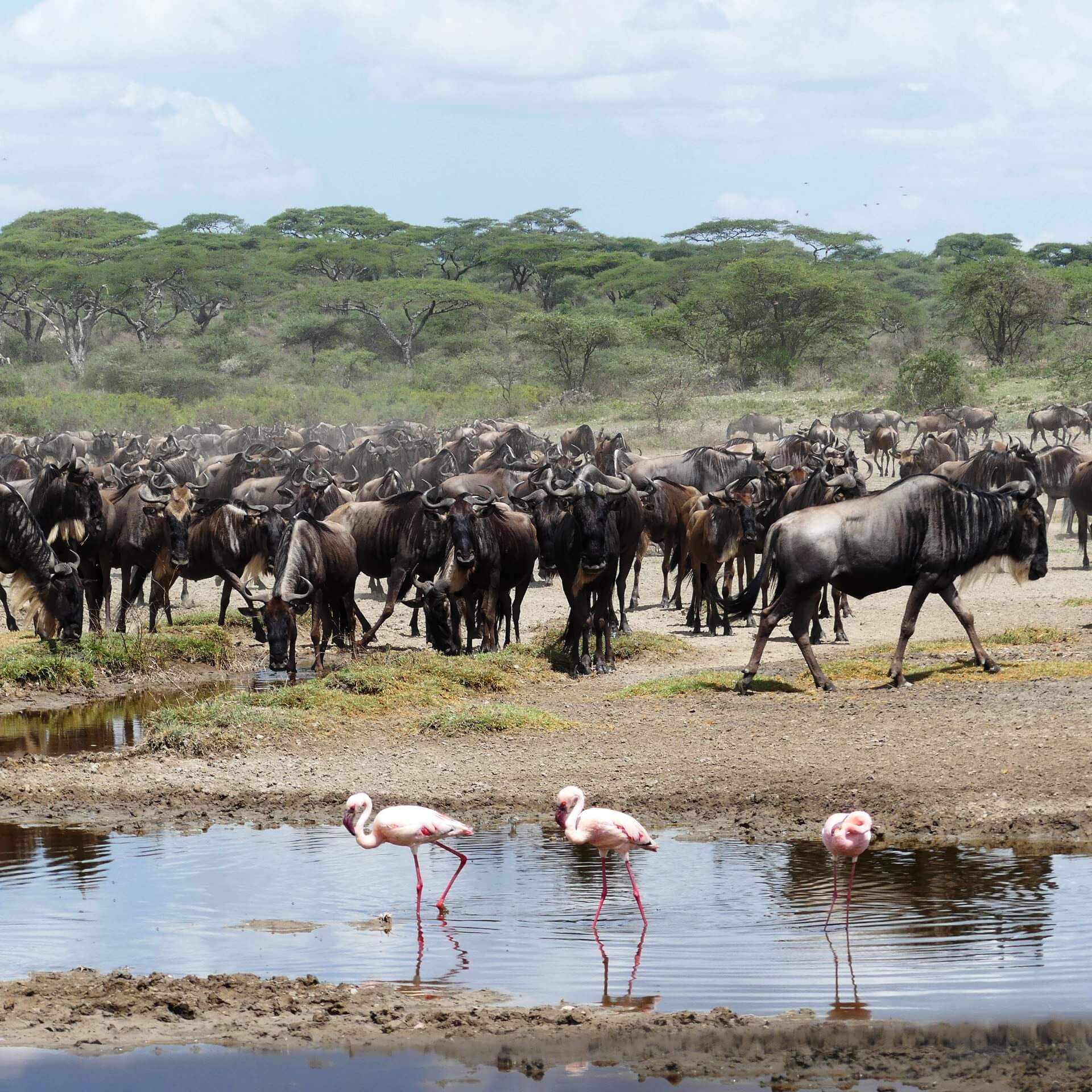 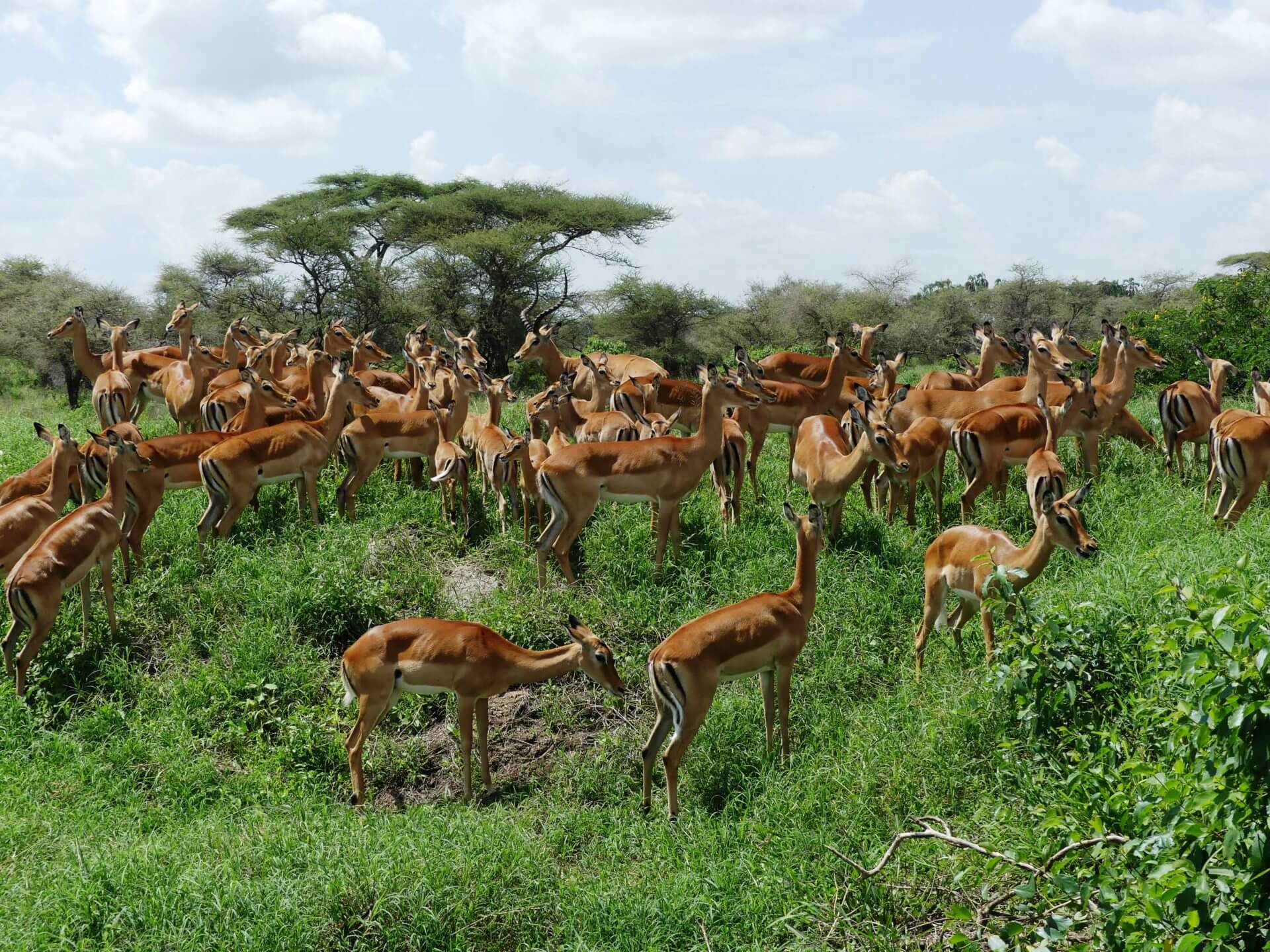 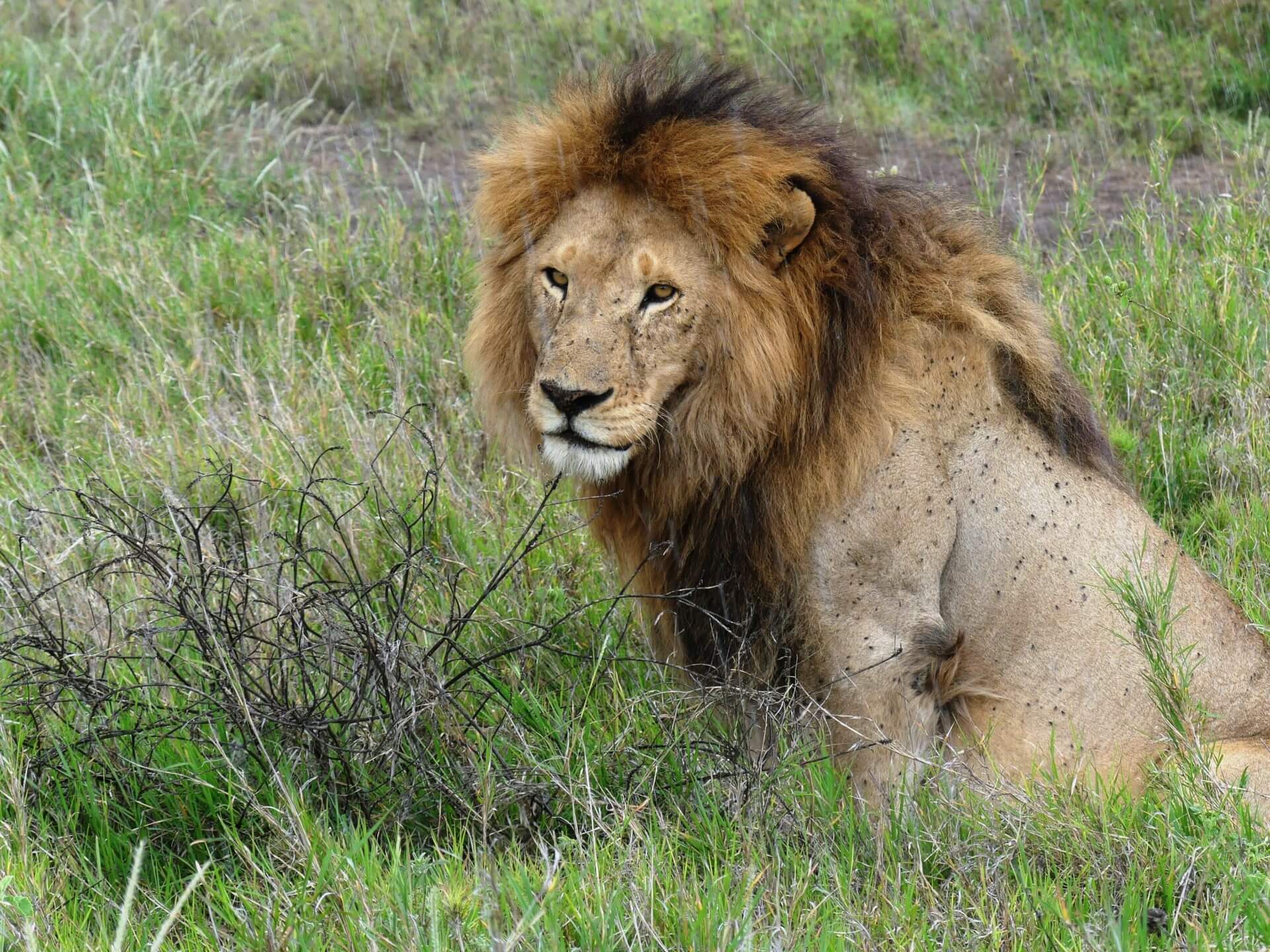 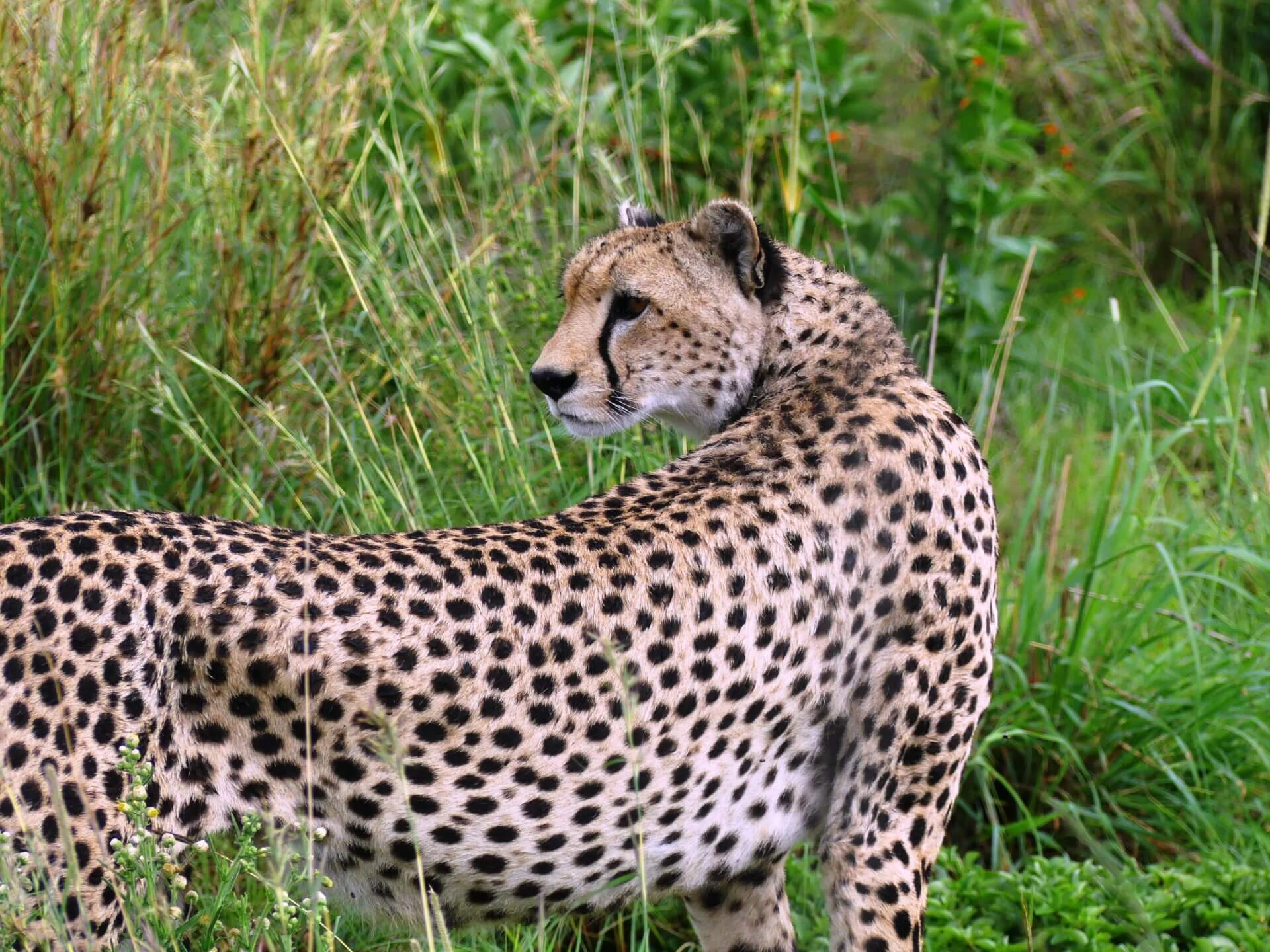 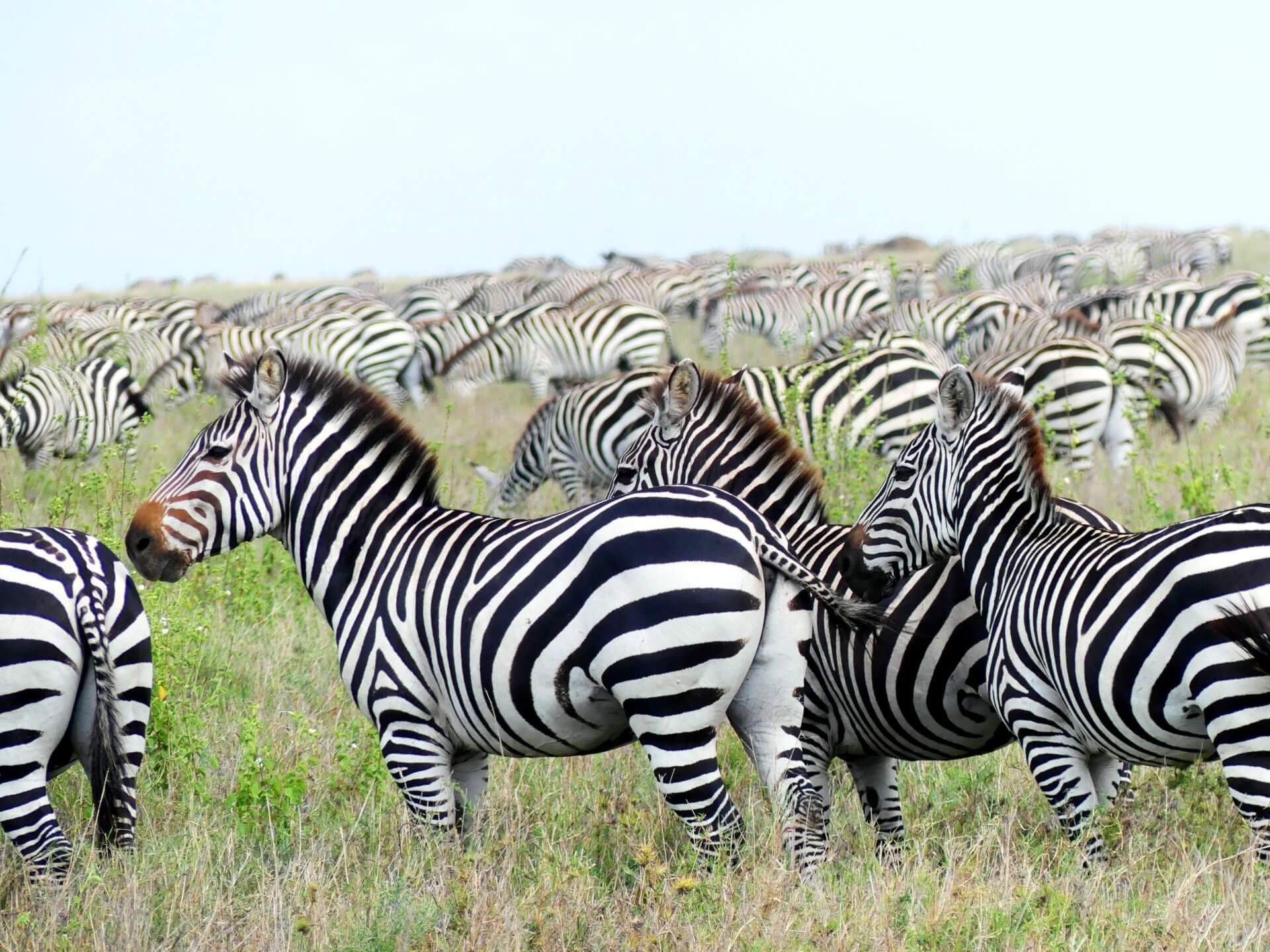 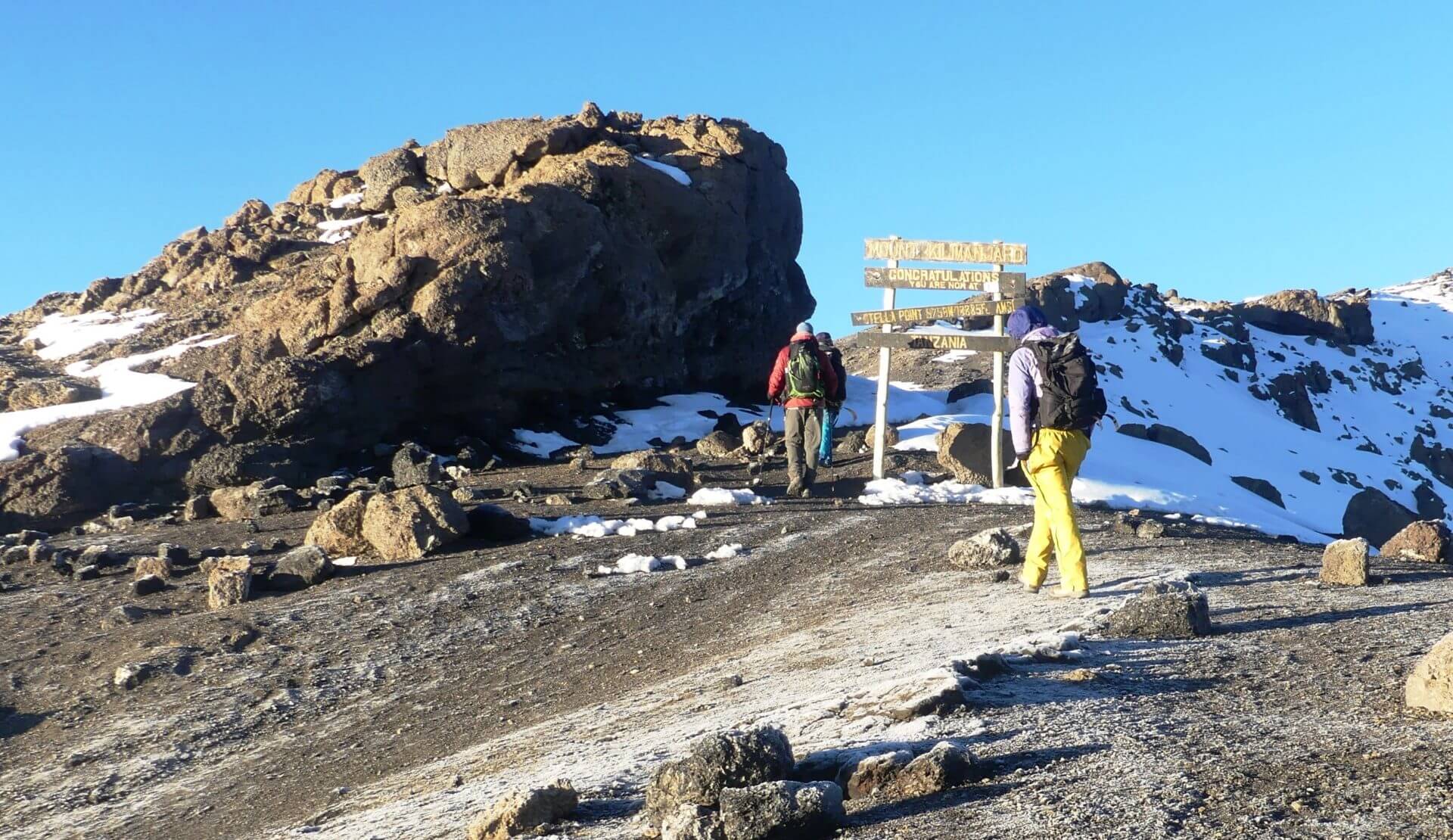 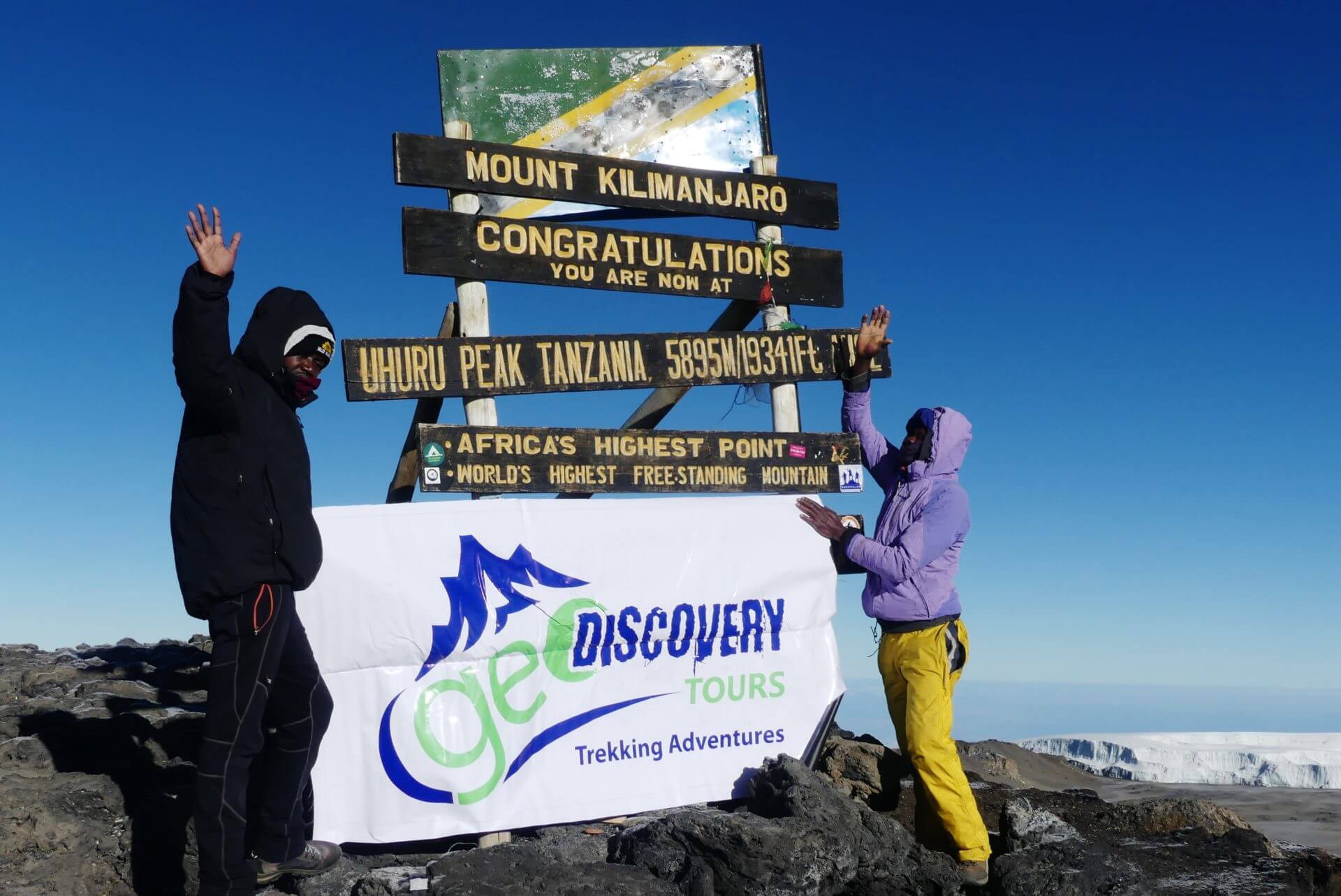 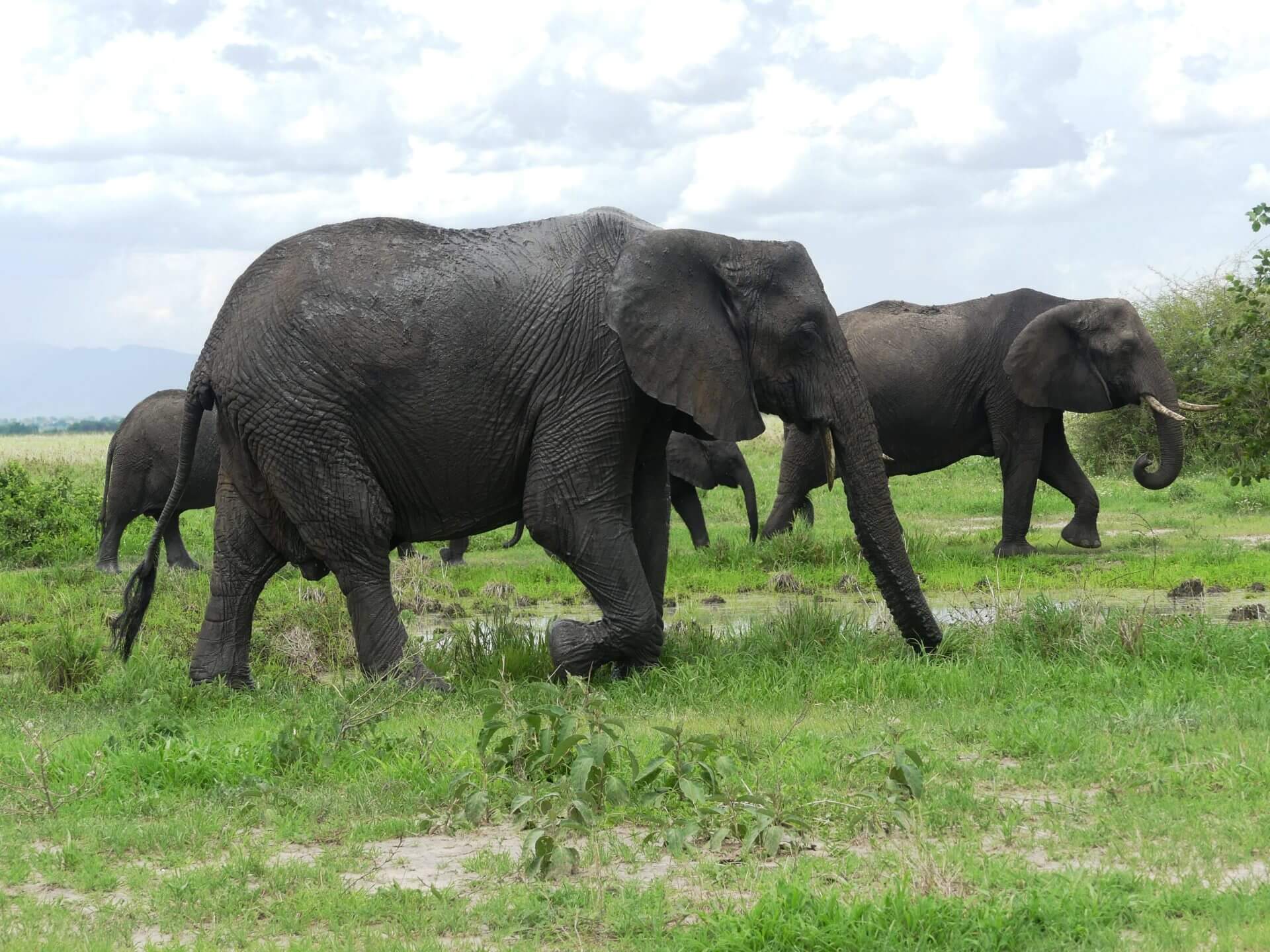 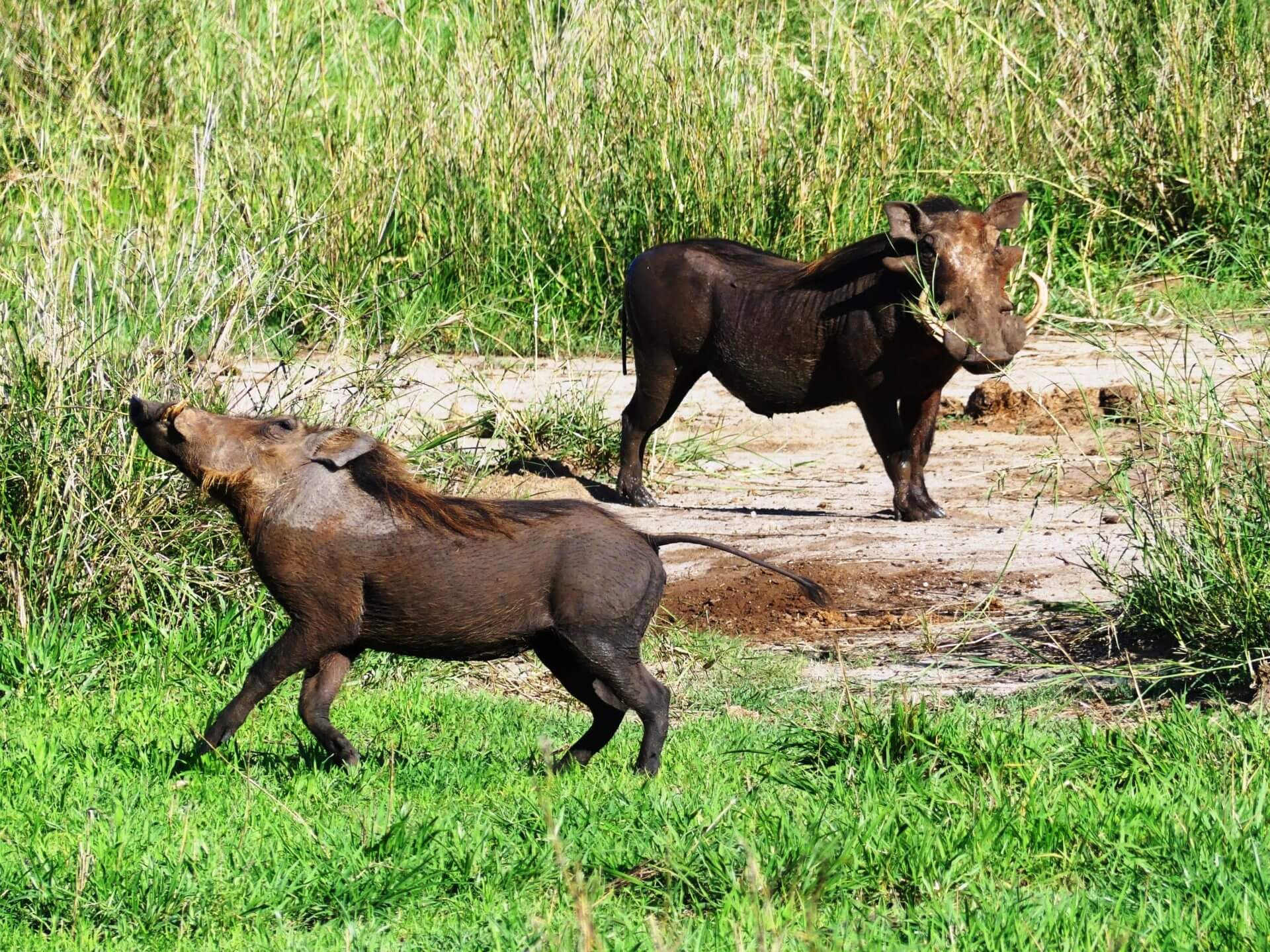 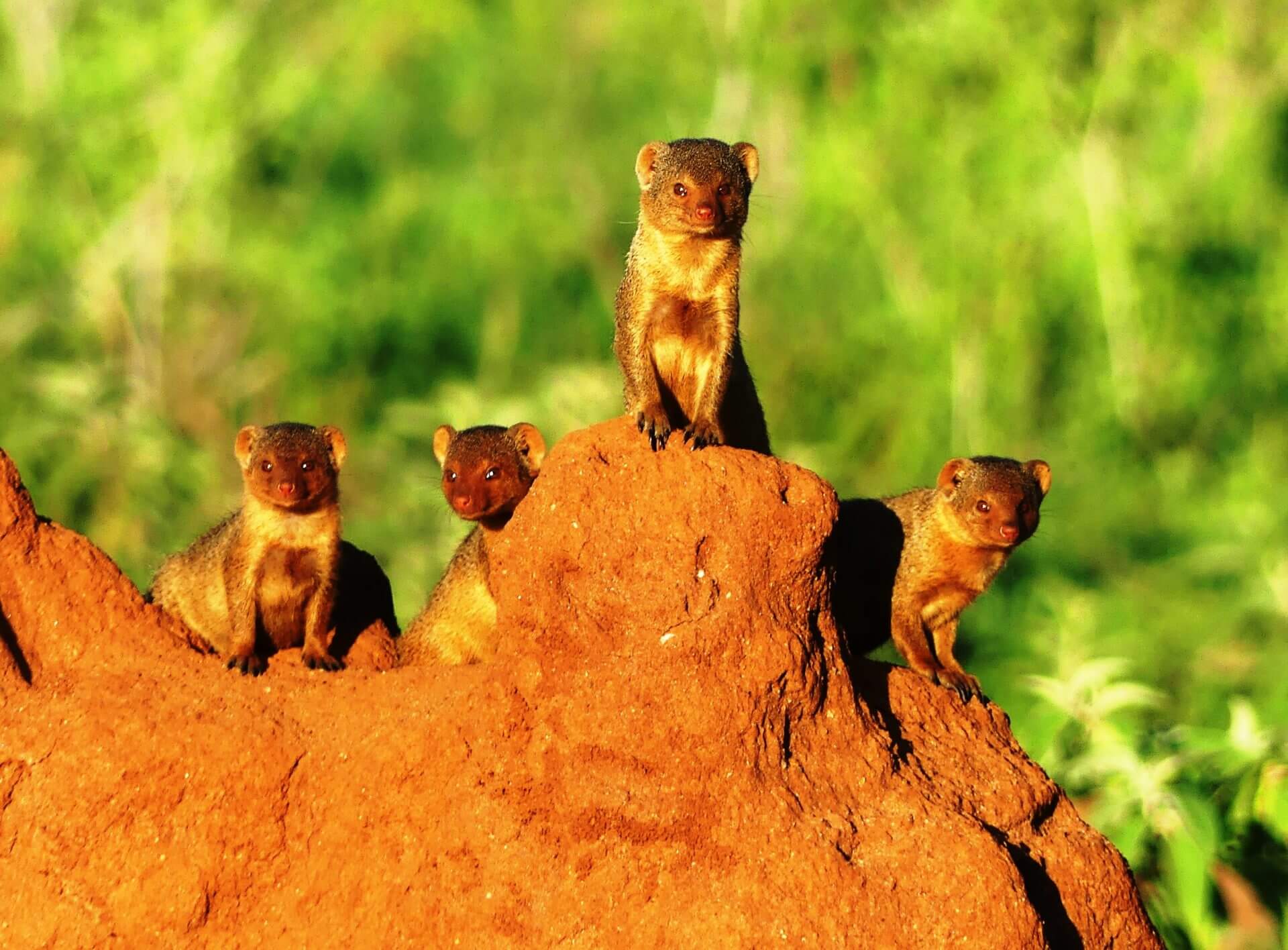 Feel free to call us or send a message, we will reply shortly.