Welcome to our blog! We share stories about trekking in Nepal and Bhutan. 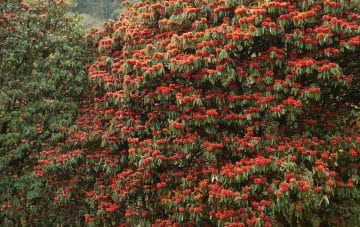 Soon the rhododendrons begin to flourish…

Written on 5. December 2017. News from Uncategorized. Written by geoDiscovery Tours

In the spring it is time again … At the end of February, at the beginning of March, the rhododendrons begin to flourish, giving the Annapurna and Langtang regions a magically colorful atmosphere that lasts until mid-April. Recommended treks are: Annapurna Circuit, the Annapurna Base Camp trek, Poon Hill and  Muldai Peak trek, Kopra Dhanda […]

The Annapurna region – Flora & Faune and the high mountain landscapes

The Annapurna region in Nepal is named after the mountain of the same name, the 10th highest mountain in the world. It is famous for its flora and fauna, with tropical bamboo and rhododendron forests, wild highland landscapes, picturesque villages, terrace fields, hot springs and spectacular views on 7000 and 8000 meters. Numerous trekking tours […] 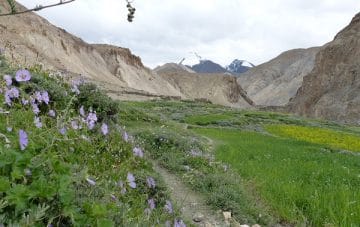 Trekking and Cultural Tours in LADAKH “the little Tibet”

LADAKH “the little Tibet” ——- When traveling to Ladakh, you will be met by an extraordinary barren mountain landscape, green oases, snow-capped peaks, master-work monasteries and Buddhist-Tibetan culture. The landscape is almost predestined for trekking and the rich culture invites you to dive into it. Also because of the monsoon season during the summer months in […] 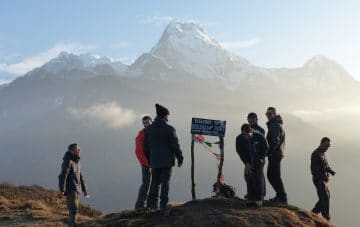 Written on 24. May 2017. News from Uncategorized. Written by geoDiscovery Tours

Poon Hill and Muldai Peak – Lodge Trek– The ideal exploration tour – a combination of two of the most beautiful peaks in Nepal, the popular Poon Hill peak (3,210 m) and the Muldai Peak (3,637 m), known only to Insiders. This is a trekking route full of variety which gives you the best possible […] 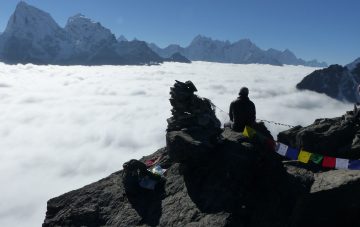 I did not know it, I had never experienced it before. . Could someone have prepared me, described the feelings that would come over me, prepared me for this outburst of Emotion? I am above the clouds, over 5,000 meters high (Gokyo Ri 5.357 m), Far away from any civilization and noise. I have arrived […]

Feel free to call us or send a message, we will reply shortly.